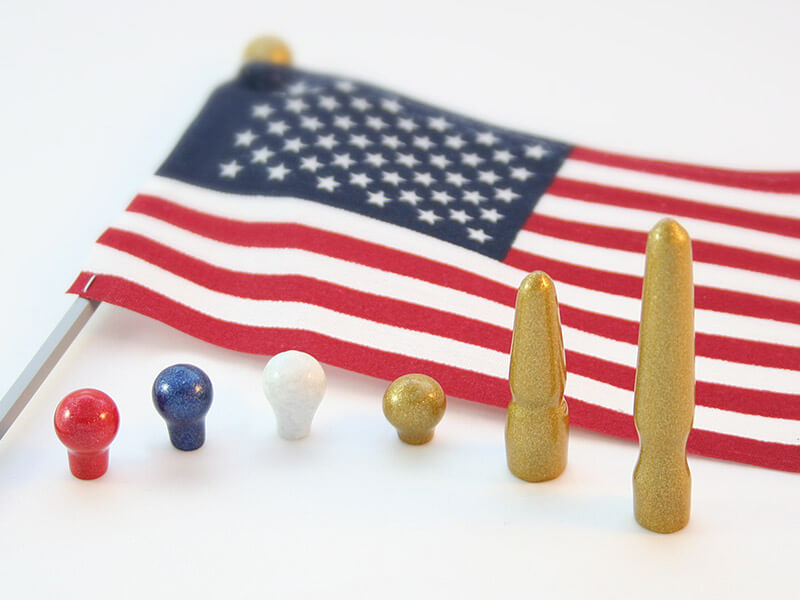 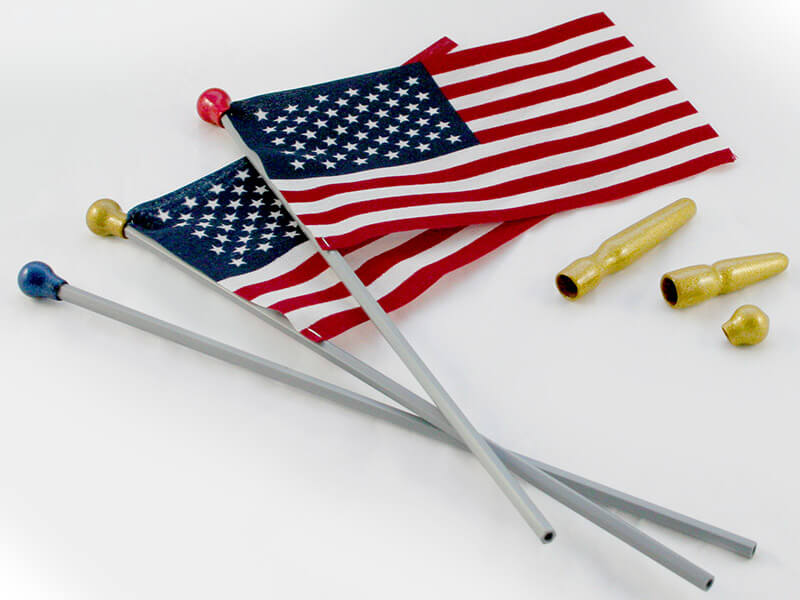 A leading American flag manufacturer had always produced flags that had wooden finials that were the traditional look and feel of small flags. This company is one of the largest manufacturers of United States flags in the United States.

So, the owner reached out to Harman about the possibility of making a customized finial out of flexible plastic. He wasn’t 100% convinced that the custom plastic cap could be made, so he drove up to Harman, toured the plant, looked at a prototype, and decided to move forward. This  flag manufacturer is now making flags with plastic finials in gold to replace the traditional wood, as well as testing out sparkle red, white and blue finials and "glow in the dark" finials, and really excited they are all made in the USA.

To create a custom piece for your next project or product, learn more about our Custom Dip Molding process. Learn More